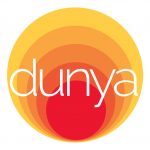 Dunya is a web-based ecosystem, which comprises the music corpora and related software tools that have been developed as part of the CompMusic project. These corpora have been created with the aim of studying particular music traditions and they include audio recordings plus complementary information that describes the recordings. Each corpus has specific characteristics and the developed software tools allow to process the available information in order to study and explore the characteristics of each musical repertoire. It is accesible via http://dunya.compmusic.upf.edu/.

Dunya stores the musical data such as audio recordings, music scores, relevant metadata (fetched from Musicbrainz) and automatic description extracted from these information sources. It also submits analysis tasks and manages the stored data (including automatic description) from the administration panel. In the visual interface, the extracted features and analysis results are shown in an audio player, which renders the music score and the audio representation synchronous to the playback.

All the data and technologies in Dunya are open with the exception of commercial audio recordings. The data can be accessed from the Dunya API. Playback is restricted to the users, who have registered to Dunya for research purposes.